Ross Gregory Douthat (/ˈdaʊθət/[1]) (born 1979) is an American conservative political analyst, blogger, author and New York Times columnist. He was a senior editor of The Atlantic. He has written on a variety of conservative topics, including the state of Christianity in America and 'sustainable decadence' in contemporary society. 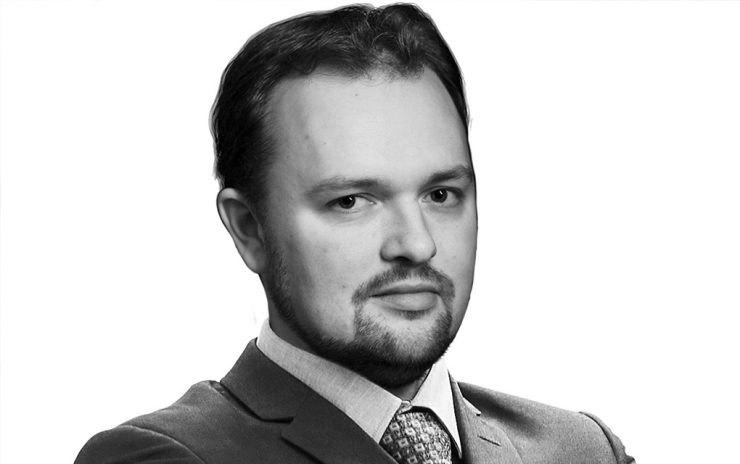 Douthat was born on November 28, 1979, in San Francisco, California, and grew up in New Haven, Connecticut.[2] As an adolescent, Douthat converted to Pentecostalism and then, with the rest of his family,[3] to Catholicism.[4]

His mother, Patricia Snow, is a writer.[5] His great-grandfather was Governor Charles Wilbert Snow of Connecticut.[6] His father, Charles Douthat, is a partner in a New Haven law firm[7][8] and poet. In 2007, Douthat married Abigail Tucker, a reporter for The Baltimore Sun and a writer for Smithsonian.[7] He and his family live in New Haven, Connecticut.[9]

The decline of the love story has led to a few creative innovations. Hits like the original “Frozen” and HBO’s “Big Little Lies,” for instance, successfully centered female relationships in narratives — the fairy tale, the soap opera — that traditionally foreground romance or sex instead. How Ross Douthat is calling Catholic conservatives to humility Bill McCormick, S.J. November 25, 2019 Ross Douthat at the ‘Civility in America Part 1: Religion’ event held at The Sheen Center.

Douthat is a regular columnist for The New York Times.[11] In April 2009, he became the youngest regular op-ed writer in The New York Times after replacing Bill Kristol as a conservative voice on the Times editorial page.[12][13]

Before joining The New York Times, he was a senior editor at The Atlantic.[14] He has published books on the decline of religion in American society, the role of Harvard University in creating an American ruling class and other topics related to religion, politics and society. His book Grand New Party (2008), which he co-wrote with Reihan Salam, was described by journalist David Brooks as the 'best single roadmap of where the Republican Party should and is likely to head.'[15] Douthat's most recent book is The Decadent Society: How We Became the Victims of Our Own Success (2020), which has received positive reviews in The New York Times[16] and National Review.[17] Douthat frequently appeared on the video debate site Bloggingheads.tv until 2012. The first part of Ross Douthat's latest column makes the standard case for Ron DeSantis as a 2024 Republican presidential nominee: He was attacked for COVID recklessness, but his state's per-capita caseload and death numbers are about average for the country; he thrilled right-wingers when he lashed out at 60 Minutes for a piece on him that was subsequently criticized by fact checkers; he's surprisingly popular in his state even among non-Republicans; and on and on.

But then we learn what Douthat really means when he suggests that DeSantis could be the 2024 candidate:

Of course all of this means that he may soon attract the ire of a certain former president, who has zero interest in someone besides himself being the party front-runner for 2024....

Still, if you were betting on someone who could theoretically run against Trump, mano a mano, and not simply get squashed, I would put DeSantis ahead of both the defeated Trump rivals (meaning Marco Rubio or Ted Cruz) and the loyal Trump subordinates (meaning Mike Pence or Nikki Haley). Not least because in a party that values performative masculinity, the Florida governor’s odd jock-nerd energy and prickly aggression are qualities Trump hasn’t faced before.

Douthat is suggesting that DeSantis could beat Trump in the 2024 Republican primaries. That's insane. No one will beat Trump if he runs. That will be true even if he's under indictment. (Being under indictment would make him even more popular among Republican voters -- he'll say 'witch hunt' every day and the rubes will go wild.)

Also, Douthat doesn't believe that Trump has ever faced someone with 'odd jock-nerd energy and prickly aggression'? Um, Ted Cruz?

But Douthat isn't the only one entertaining the notion that Trump will be defeated, not merely replaced:

As I said to Brian Williams on @11thHour last night, the 2024 GOP nomination fight between Donald Trump and Liz Cheney is going to be lit.

Liz Cheney is very likely to lose a House primary in 2022. Even if she squeaks by, Republican voters, including those who are only moderately besotted with Trump, will conclude that she shouldn't have attacked him so frequently and should have saved her ire for the evil socialist Democrats. Douthat's scenario -- that Republican voters, including some Trump fans, will say it's time for a change -- strains credulity, but not as much as Kristol's belief that the scales will fall from GOP voters' eyes and they'll decide that they should back someone who despises Trump.

Where Is Ross Douthat

I suspect there won't even be primaries if Trump decides to run again. His loyalists run many of the state parties. He got primaries canceled in several states in 2020 even though he would have won them with at least 85% of the vote. If he decides to run, I assume he'll put pressure on party organizations in the states to declare him the nominee by acclamation. I bet they'll do it.

But even if that doesn't happen, no one will beat Trump if he runs. Only Trump haters will even try, and they'll do about as well as the Trump haters did against him last year.

Published with permission from No More Mister Nice Blog.