Basic Rule: Fill numbers in the board such that every row, column and region contains one occurrence of each number. 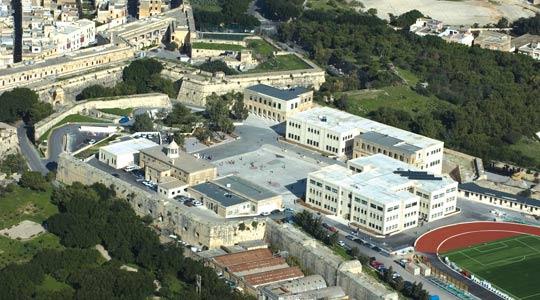 About a year ago, I started what I intended to be an occasional series about landmark food-related moments in history. Then I forgot and, although Amanda and I have certainly written about food's role in history since then, I haven't returned to my original idea—until now. 'Occasional' can mean once a year, right?

Today's installment is inspired by the fact that it is Bastille Day, the celebration of French independence. I could have started with our own Independence Day, 10 days ago, since the Boston Tea Party of 1773 was a defining food-related moment in the run-up to the American Revolution. Although the term Tea Party has recently been co-opted by groups who oppose taxes in general, or who feel they are taxed too much (or for dubious purposes), the original Tea Partiers' complaint was against taxation—including high tariffs on tea—without representation in British Parliament.

But food played an even larger role in the French Revolution just a few years later. According to Cuisine and Culture: A History of Food and People, by Linda Civitello, two of the most essential elements of French cuisine, bread and salt, were at the heart of the conflict; bread, in particular, was tied up with the national identity. 'Bread was considered a public service necessary to keep the people from rioting,' Civitello writes. 'Bakers, therefore, were public servants, so the police controlled all aspects of bread production.'

If bread seems a trifling reason to riot, consider that it was far more than something to sop up bouillabaisse for nearly everyone but the aristocracy—it was the main component of the working Frenchman's diet. According to Sylvia Neely's A Concise History of the French Revolution, the average 18th-century worker spent half his daily wage on bread. But when the grain crops failed two years in a row, in 1788 and 1789, the price of bread shot up to 88 percent of his wages. Many blamed the ruling class for the resulting famine and economic upheaval. On top of that, peasants resented the gabelle, a tax on salt that was particularly unfairly applied to the poor.

Obviously, the causes of the revolution were far more complicated than the price of bread or unfair taxes on salt (just as the American Revolution was about more than tea tariffs), but both contributed to the rising anger toward the monarchy.

The oft-repeated story about Marie Antoinette, queen of France at the time, responding to the news that her subjects had no bread with the line, 'Let them eat cake' (actually, brioche) is probably not true—or, if it is, she wasn't the first to speak the mal mots. The philosopher Jean-Jacques Rousseau attributed the callous utterance to an unnamed princess in his 1766 Confessions, written when Antoinette was 10 years old and living in Austria.

Nevertheless, the results of the popular uprising included the storming of the Bastille, a medieval fortress and prison in Paris, on July 14, 1789, and the eventual beheading of King Louis XVI and Marie Antoinette by the guillotine.

Of course, food is influenced by history as much as vice-versa, and the French Revolution was no exception. The birth of the Republic of France laid the foundation for the modern restaurant to flourish. According to Larousse Gastronomique, the French culinary encyclopedia, although taverns, inns and cafés had served food and drink to the public for centuries, the first restaurant as we know it was opened in around 1765 in Paris by a bouillon seller named Boulanger. At the time, clear soups such as those Boulanger sold were considered restorative; hence the term 'restaurant.' However, as the encyclopedia explains, 'the first Parisian restaurant worthy of the name was the one founded by Beauvilliers in 1782 in the Rue de Richelieu, called the Grande Taverne de Londres. He introduced the novelty of listing the dishes available on a menu and serving them at small individual tables during fixed hours.'

Following the revolution, the abolition of the guild system that controlled who could be a butcher, baker or cheesemaker and how they did their jobs made it easier to open restaurants. Also, since so many aristocrats fled or were executed, their former cooks and servants had to find new employment. Paris became the center of the new restaurant scene, which, to some degree, it remains today.